I recently took the time to look back at my video work. I’m sure a lot of you don’t know how all of this got started, so sit back for a moment and I’ll explain it to you.

Let’s go back to the 2006 Yadkin Valley Stomp GNCC. It doesn’t seem that long ago, and in the grand scheme of things, 4 years isn’t too long. Anyway, back then 2 strokes ruled the series, there was this Finnish guy winning everything (maybe you’ve heard of him.. Juha Salminen? He’s only one of the fastest riders in the world) and I had a cool idea.

A few days before the race I had figured out how to record video onto my parents digital camera. I figured, hey, I’ll make a video! I went out and raced in the morning. I raced the 200-C class that day. I don’t remember how I did in the race but it was probably mid pack or worse.

After it was over I grabbed the camera and headed down to the start. I got the Pro class heading into the woods. Neat. (Remember, back then there was no XC2 class). I also got some cool shots from the house, some in the woods, the pits and of course Juha getting his #1 plate as he clinched his 2nd championship that day. I took all that home and edited it into this crappy little video. Yes, it’s STILL on YouTube to this day. If I remember correctly, it was also one of the first GNCC videos to show up on YouTube. Check it out… http://www.youtube.com/watch?v=4FGmGWLDpgQ

That was what sparked my interest. I didn’t do much after that until I got a real video camera. In late 2007 Derrick Campbell and I decided to start working together on this stuff and we came up with Moto Mafia Productions. That lasted for a few weeks, then we decided that name wasn’t legit enough, and then Vision Moto just kind of evolved from that.

2008 was the year where we did a lot of videos. Most of them are gone now, but a few are still up on YouTube. Over time I just started studying other people’s videos, seeing what they would do different, and kind of taught myself the right and wrong way to do things. In 2009 things got a little bigger, but I raced a lot so there were quite as many videos. The last part of 2009 was kind of the break through for Vision Moto as more and more people starting seeing the videos.

So far for 2010 it’s gotten bigger than I ever thought it would. I credit a lot of this to my buddies talking about it, and also the introduction of Offroad Junkies to the GNCC world. Through my additions to Offroad Junkies, I know  that has helped drive some traffic to Vision Moto. Thanks Rob and Charkie.

I’m not bragging about this. At all. Fact is I don’t consider to be professional at this. Not one bit. I don’t even think my videos look all that great, especially comparing them to guys like Rob and Hoop. However, for me, I don’t exactly care. Yeah, I’d love to have some killer quality but it’s all about a creative outlet for me. It doesn’t matter if people digg it or not, as long as I feel I was creative with it, then I’m happy.

Anyway, lets see some of the progression.

So basically, the way things have progressed over the past few years have been good. I’m pretty pumped about it all but I also know there’s a lot of room for improvement. I don’t know where this will go, but I do know that no matter what happens, it’s been one of the coolest things I’ve been involved with thus far in my life, and I can’t thank all the supporters enough.

6 thoughts on “Progression… Kind of.” 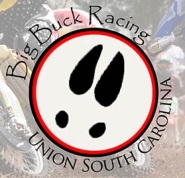